Login
Log in if you have an account
Register
By creating an account with our store, you will be able to move through the checkout process faster, store multiple addresses, view and track your orders in your account, and more.
Create an account
Home Winemakers Thillardon
Type of Wine 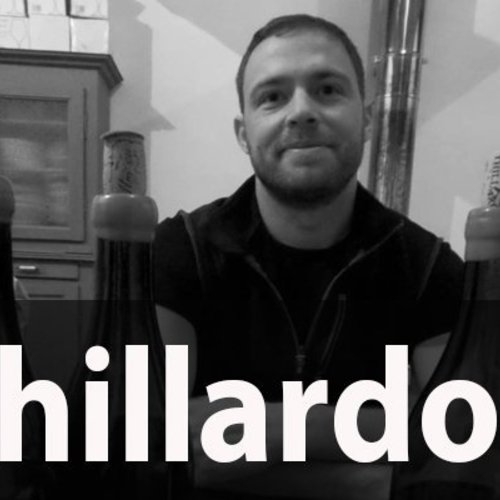 Paul Henri Thillardon (32) is one of the youngest winemakers in Beaujolais. Together with his sister Aude (office) and brothers Jean Babtist (vineyard) and Charles (co-partner), he manages a 12-hectare wine estate in the wine village of Chénas.

They rented their first vineyard, which they organically cultivated. When they were able to buy the plot in 2008, they were immediately certified organic. In 2012 they bought the "climat" (vineyard) Chassignol, right behind the house in the steep hills. They have now received the biodynamic certificate for more than six years.

The terrace of the Thillardon domain offers a wide view of the vineyards of St. Amour and Julienas. In the distance you can even see the vineyards of Bugey, the Jura and the majestic Alps. The ground in which the Gamay vines of Paul Henri are, is between 250 and 350 million years old. It consists mainly of pink granite and quartz. Some plots consist of a deep brown clay-like surface, called "manganaise".

The Beaujolais region has long been dominated by unprecedented production figures. The older generation does not understand how the young guard manages to keep their heads above water with wine companies of 5 to 15 hectares in size and yields per hectare of only 35 hectoliters. In "their" time, the scale was many times greater and the yields often double.

Encouraged by the success of visionary winegrowers such as Jean-Louis Dutraive from Fleurie and Marcel Lapierre from Morgon, biological working is becoming increasingly rapid. It is usually the young winegrowers who take the step from conventional to organic.

The young guard seeks each other to discuss wine-growing matters. There are regular dinners where winemakers such as Bonne Tonne (Morgon), Cornin (Mâcon) and Thillardon (Chénas) open many good bottles together to test each other's opinions. They also exchange information about the use of horses in the vineyards. That seems simple, but it certainly isn't. Working with horses is largely forgotten in agriculture and horticulture. Marcel Grillet (Morgon) therefore lends his horses to Thillardon to practice.

Paul Henri makes an average of around 40,000 bottles per year. That seems a lot, but it is a drop in the ocean of the total production in the Beaujolais area of ​​a sloppy 190,000,000 bottles, lots of zeros! Paul Henri himself says that he works 98% of the time in the vineyard and only 2% in the cellar. In the past all picked grapes were stripped of their stalk and the fermentation took place at approximately 20 degrees Celsius. Since 2015, complete trusses have entered the fermentation vats and the temperature is kept low; about nine degrees. This makes the fermentation process so slow that the fruit is beautifully preserved in the wine. The Chénas of Thillardon is therefore not a large, robust wine, but rather slim, refined and elegant. Paul Henri is advised by Jacques Nieupoort. The man who also assists the world famous Henri Jayer and the aforementioned Marcel Lapierre.

In the cellar, the "manipulation" of the fruit is kept to an absolute minimum. There is no pump involved. All the juice and young wine is moved by gravity, called "fall pressure". Due to the cool fermentation, that process takes considerably longer than elsewhere. At Thillardon, fermentation lasts an average of a full month. Elsewhere that is a week.

The grapes ferment using the "Maceration Carbonique" technique. The grapes soak in the juice under a protective blanket of carbon dioxide. The fermentation only really comes loose when the lid of the fermentation tank is opened and oxygen can be added. Striking here is the lack of sulphite during winemaking. Ultimately, only 15 milligrams are used during the "crossing" of the young wine from one tank to another.

Once the wine is ready, part of it matures in sturdy concrete "cuves". Another part is aged in oak barrels of 225 liters (from Remond tonnlerie) or in "500 liter demi muids" made by barrel makers such as Sequin Moreau or François Frères. This gives the wines a feminine style.

There are wines from different vineyard plots that are not mixed together. Vineyards such as Les Blémonts, Les Carrières or Chassignol all have their own unique character. They are masterful wines. 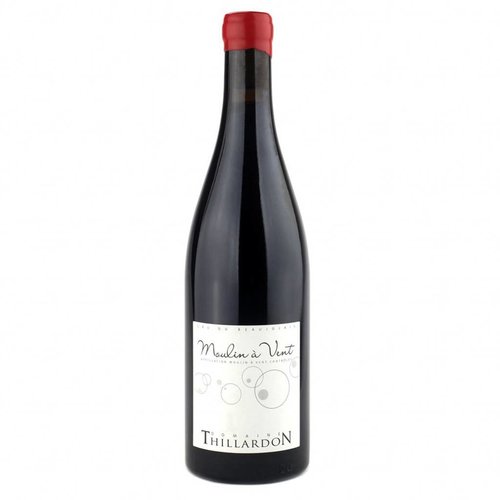 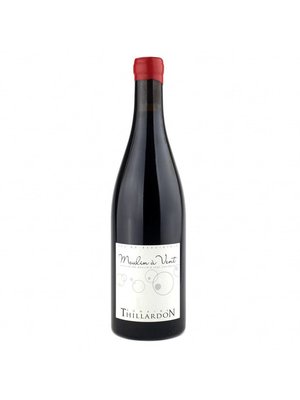