Login
Log in if you have an account
Register
By creating an account with our store, you will be able to move through the checkout process faster, store multiple addresses, view and track your orders in your account, and more.
Create an account
Home Winemakers RocheColombe
Type of Wine 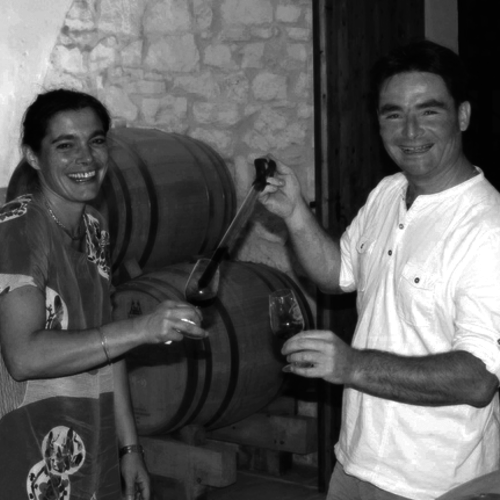 CHATEAU ROCHECOLOMBE is a family business. Since four generations they work with the same passion for both the vineyard and for the wine. The know-how has been passed on from generation to generation.

Born in "van Oudenaarde" (Belgium), Robert HERBERIGS is a well-known songwriter and artist. This Belgian painter, bought Château Rochecolombe in 1925 as a second home. At the time, the property was a large orchard of apricot trees and a few plots of vines.

Shortly after the Second World War, his eldest son Gilbert and his wife Genevieve Van de Vyvere took over the reins of the estate, and they then turned the apricot fields into vineyards. In the first fifteen years, the harvest was taken to the Cooperative Cellar of Bourg Saint Andéol, a winery that traded in Châteauneuf du Pape. In the 1960s he made the daring bet to create his own cellar for making Côtes du Rhône, while in the canton the main production was table wine.

RocheColombe
Côte du Rhône Villages 2018
Fruity with body
Till 2 year maturation in concrete barrels
Width and richness in the mouth
€13,95